Go Orange goes above and beyond

Innovative tourism operator Go Orange, based in New Zealand’s stunning South Island, has notched up yet another award for its trophy cabinet.

Following a year of fast-paced success and industry ‘gongs’, Go Orange picked up another accolade when it was named Fiordland Tourism Operator of the Year 2019 this weekend.

Going the extra mile to deliver industry-leading visitor and employee experiences is a hallmark of the company, which in the past year has been named New Zealand’s fastest growing service company by Deloitte and ranked 37th in the Deloitte Fast 50.

General Manager Luke Taylor was named TIA emerging Leader of the Year, and Go Orange was a national finalist in the Humankind Employee Experience Awards.

Never one to rest on its laurels, in the past 12 months the company has launched the renovated Milford Haven cruise boat experience in Milford Sound, a new state-of-the-art coach fleet, and a purpose-designed and built fleet of unimogs to add additional elements of fun and exploration to its rafting experiences.

Fiordland Tourism Awards judges said Go Orange had shown leadership in the industry by developing unique products in Milford and Doubtful Sounds as well as Queenstown.

This summer Go Orange launches its own Fiordland-specific guidebook with information about the sounds, their flora and fauna, key points of interest in the national park and on board the Milford Haven. The book supports Tourism New Zealand’s Tiaki Promise by highlighting the responsibility kiwis (and visitors) have in respecting and caring for New Zealand’s precious landscape.

Go Orange is also currently nominated as a finalist in the best tour/activity category of the Australia & New Zealand Adventure Tourism Awards 2019. The awards recognise the outstanding achievements of tourism businesses servicing the backpacker, youth and adventure travel sector in both countries. A public vote on the awards counts for 30% of the score and the rest is up to a panel of judges.

“I’m incredibly proud of the team here at Go Orange, who have built an adventurous, fun, and innovative brand,” says GM Luke Taylor.

“Our mantra is ‘Go Beyond’, inspiring and challenging visitors to become travellers, to go deeper, further and beyond the average tourist. I’d like to think we’re doing just that.” 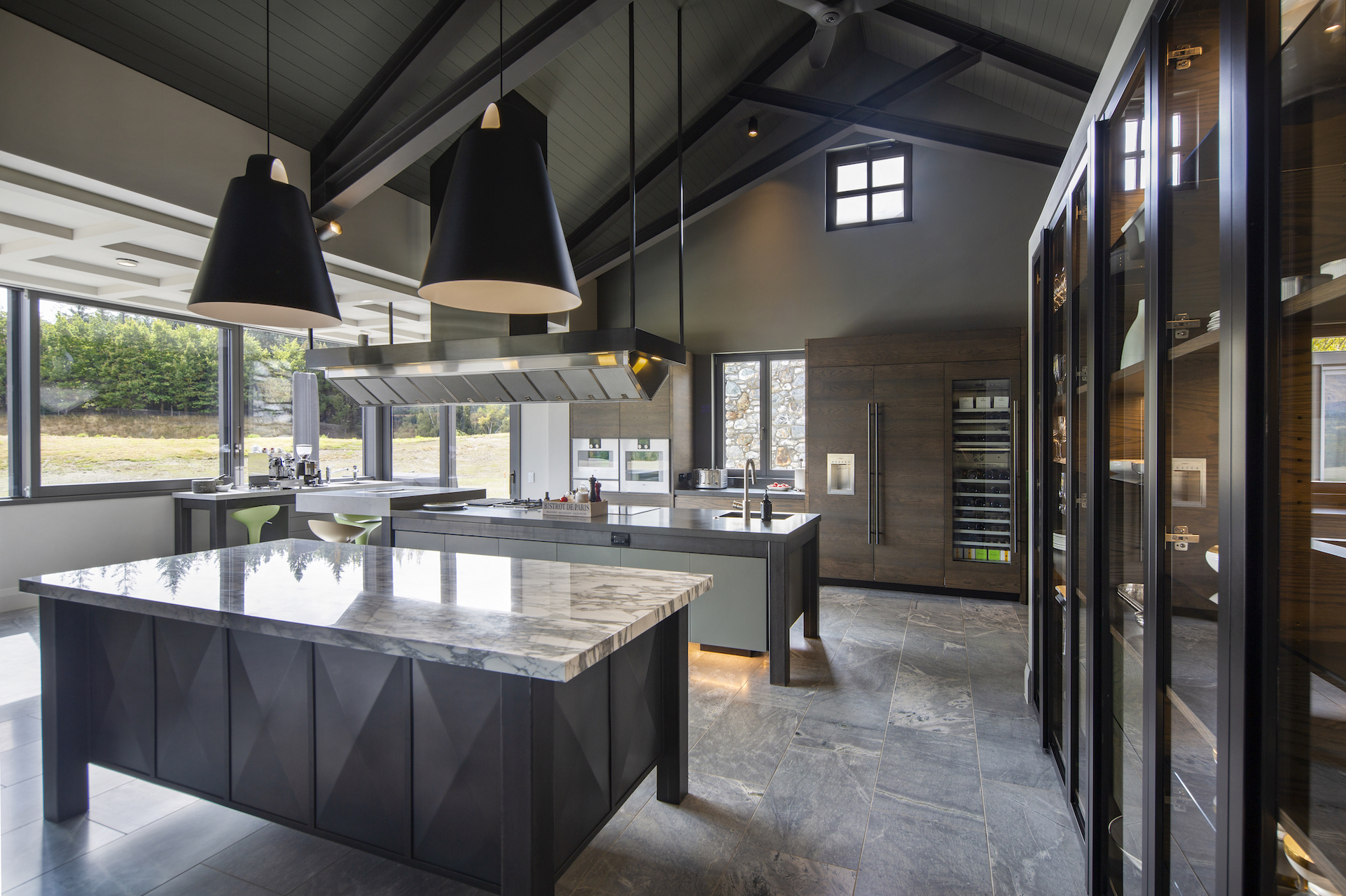 Cromwell’s Masterwood Joinery is in the running for a prestigious, international design award for a kitchen that has already proved its world-class status.

The Society of British and International Interior Design (SBID) International Design Awards selected Masterwood’s Queenstown kitchen as a finalist in one of 14 categories from across 48 countries.

“It’s a huge pat on the back and it feels amazing for the kitchen to be recognised after two years of hard work,” says Stefan.

“The level of detail from start to finish was huge, as we spent the first year just planning. It was a very involved project.”

The kitchen in a Lake Hayes home fuses Oriental and commercial chic to create a beautiful, cohesive space, which flawlessly interpreted the design brief of the owners.

Masterwood General Manager Jim Cleveland said he was speechless, but elated, with news of the accolade.

“To Masterwood, this is what the World Cup is to the All Blacks, putting us up there amongst the best in the world. We’ve already had multiple congratulatory emails and phone calls for making it this far,” he says.

“Masterwood is now recognised as a company of master craftsmen not only in New Zealand, but also on the world scene.”

The awards categories cover all aspects of interior design, including retail, public space, healthcare and well-being, residential, clubs and bars, office spaces and hotels, and finalists come from renowned design practices from around the world.

Finalists were chosen by a technical panel of judges which will account for 70% of marks, while the remaining 30% is via public vote, which Jim is hoping the local Otago community and the wider New Zealand design fraternity will support.

“At last our own little Cromwell is internationally known, punching well above its weight as we do here, it’s the Kiwi way,” he says.

“Please help us succeed by voting for Masterwood in the kitchen and bathroom category and showing the world just what New Zealand can produce. We need your support.”

To get behind Masterwood Joinery head to www.sbidawards.com to vote before Monday September 9 at 5pm (UK time). Winners will be announced in London on October 25. VisitorPoint commits to the Living Wage

As of July 1 all VisitorPoint staff are now entitled to an hourly rate minimum of $21.15, considerably more than the minimum wage of $17.70.

“We have an extremely loyal and committed workforce which we appreciate immensely,” she says.

“As a company we genuinely believe our staff deserve this commitment from us as they are our most important asset, and we’re excited to be able to support them in this way.

All future employees will also be entitled to the new wage.

VisitorPoint has decided to forge ahead in driving social change for its 28-strong staff.

“As tourism businesses continue to grow throughout the country, we do too. From a financial and moral standpoint this is the right choice for us to make.”

VisitorPoint is New Zealand’s only national distributor of tourism information, having distributed brochures throughout New Zealand for more than 30 years.

It operates three warehouses in Christchurch, Auckland and Queenstown equipped with full teams of warehouse staff working in tandem with 19 merchandisers, as well as sales and marketing and senior management teams.

VisitorPoint’s move to a Living Wage for staff aligns with its commitment to TIA’s sustainable tourism promise.

One of TIA’s goals is for businesses to pay a fair wage to all staff, which aligns with VisitorPoint’s existing efforts in offsetting carbon emissions from all flights, the introduction of live online reporting for its clients and supporting print companies which share its sustainable print visions.

“We’re trying hard to make changes which improve our business while taking sustainability into consideration; it’s all part of a journey for us,” says Jenni.

VisitorPoint currently distributes over 3,500 brochure titles from New Zealand tourism operators the length and breadth of the country. It has over 2000 physical display outlets nationally and operates 38 distribution circuits.